PLN 5 million - for such a sum you can buy two 150-metre-high apartments in Warsaw's Mokotów or Żoliborz district, or decide on an average property standard and become a lucky owner of as many as ten 60-metre-high apartments in the capital. This is just one of the ideas for using the inherited millions. According to the latest Deutsche Bank survey, it is in the real estate market that the lucky fortune-teller would direct his first steps. As many as 28 percent of Poles would invest money to buy an apartment. In this respect, our preferences have not changed almost over the last two years.

Almost every third respondent declared that thanks to the money he received, he would like to help his relatives. Such a desire was expressed much more often by older people. - As we get older, the need to support their loved ones grows. It is natural that parents and grandparents, having more money, would like to help the younger generations, who cannot always afford, for example, to buy a flat - says Prof. Małgorzata Bombol from the Warsaw School of Economics.

As many as 41% of people over 50 would share money with their families, while among 30-year-olds this percentage was ten times lower. Younger people, on the other hand, would be more willing to spend money on educating their children, e.g. by paying for their education abroad. At the same time, however, since last year the percentage of people who would support a selected charity has halved (from 6 to 3 percent).

In third place, among the main purposes for which they would use PLN 5 million, Poles indicated that they would repay their debts. - The number of such indications means that even in the face of sudden promotion to a millionaire, Poles think with common sense: first the repayment of debts and only then the pleasure.

Interestingly, last year, when asked about the purpose of unexpectedly received money, Poles more often than today indicated their intention to start their own business. Such plans were then ranked third, this year they fell by as much as three places, to sixth position. A very positive conclusion from the survey is the fact that a Pole with 5 million PLN on his account would not give up his job. Such a step would be decided on by a small percentage - only 0.7% of the respondents. 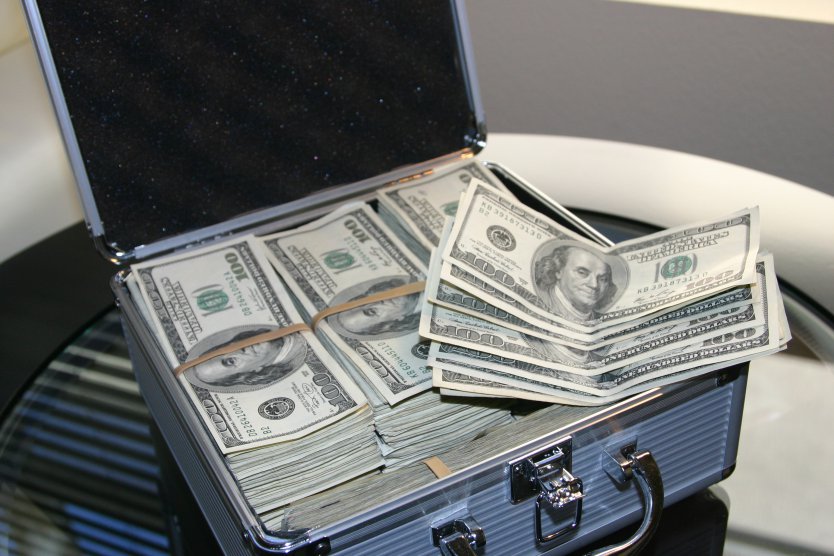 Nearly 8% of potential millionaires would go on a journey of life, and 1.6% would buy an apartment abroad to spend their holidays there. - Consumption in Poland has been growing continuously for years. We already have access to all the world's products in shops, including luxury ones. E-commerce is developing dynamically, we are more and more willing to go on long, exotic journeys - says Prof. Bombol. - However, there are such goods whose costs are beyond the reach of the vast majority. As the study shows, the journey of life, e.g. around the world or the purchase of an apartment abroad, is still considered a dream, not a real possibility.

One million on deposit

Meanwhile, statistical Poles prefer to keep their savings on deposits and savings accounts. Would they, having as much as PLN 5 million, also choose such basic deposit products? According to the Deutsche Bank survey, only 2.3% of the respondents would pay for the deposit. However, the percentage of people choosing more advanced forms of capital investment, e.g. investment funds or purchase of stock exchange shares was even lower.

As the expert points out, with record low interest rates and the current level of inflation, deposits are obviously a safe, but not necessarily the most advantageous way to secure the value of money. Unless you come across an exceptionally attractive offer. - The inflation rate remains at the level of 2%. Therefore, in order to maintain the value of the capital held, it would be necessary to make a deposit with an interest rate of at least 2.5%. Let's remember that we additionally have to bear the cost of the tax on the accrued profit," explains Monika Szlosek, Director of Retail and Investment Banking, Deutsche Bank. - However, if we want to multiply the capital, and not only maintain its value, then the best way would be to divide the funds held between different asset classes. In such a case, it would be worthwhile to deposit a part of our portfolio, and to invest a part, depending on our risk preferences, using capital market instruments. The most flexible and comprehensive product to achieve this goal are investment funds. However, it is important to remember to invest money in different types of funds, which will minimize the risk of losses. Managing capital in a diversified way gives a chance to work out an attractive rate of return - he adds.