In the Euro Health Consumer Index, the Dutch healthcare system is considered the best. Although its construction was associated with high expenditures, they quickly paid for themselves. The Polish system also requires changes. EU funds - about PLN 12 billion - will be used to modernise the healthcare system in the coming years.

- Using EU funds is a great opportunity, especially for Poland, to optimize the healthcare system. You have learned a lot, drawing on the experience of other countries. Look at the Dutch system, take from us what we have done well, and at the same time make this improvement - convinces Newseria Biznes Guy Peeters, a health care expert and chairman of the Dutch Federation of Medical Universities.

As he stresses, thanks to the use of EU funds, health care in each European country should be at a similar level. However, there are still problems with this. In the EU financial perspective 2007-2013, Poland spent PLN 4.5 billion on health care investments co-financed from European funds. In the 2014-2020 perspective, this amount will be three times higher and will amount to about PLN 12 billion.

- The EU funds for health care provided to the voivodeships amount to about €1.5 billion. The best way for local governments to use them effectively is on the one hand to take into account their own needs and on the other hand to seek synergies with the national health system. In this way, the effects of outlays will be visible not only in a given voivodeship, but also in the entire health care system in Poland," says Anca-Andreea Calugaru from Schuman Associates.

Although, according to the expert, Poland has learnt to spend EU funds well and is ahead of a large part of the region's countries in this respect, it is necessary to improve cooperation between individual institutions. However, there is still much to be done in the field of health care. In the Euro Health Consumer ranking we took one of the last places, only Montenegro was behind us. The Netherlands has been on top for several years now.

- From the Dutch we can learn how to manage health care funds from the social security system. The Dutch system is very interesting because it combines private and public financing, what is more, once a year every citizen can change the insurer - indicates Ewa Sosnówka-Tkaczyk, head of the European Funds Department at the Medical University of Lublin.

Thanks to the health care reform of 2006, insurance companies are fighting for patients. Regardless of the income, each citizen can choose the institution which has its own contribution. Insurers fight for clients with the price and quality of insurance, and service providers compete for contracts with insurance companies.

- I was mainly impressed by the fact that the standard in the Netherlands is to reach the primary care doctor in 1 minute. In our country it looks a little different. For me these Dutch solutions are very simple. I think that the next teams should enter this Dutch system more and use it. Why should we bust a door that is long overdue in the Netherlands. These solutions have been tested since 1998, and we've been trying to do it from the beginning,' says Urszula Jaworska, President of the Urszula Jaworska Foundation.

In the Euro Health Consumer Index research, the Dutch healthcare system has for years been considered the best or the leading one. It is equally highly rated by the Dutch themselves. In 2008, i.e. after the reform, only 9.1% of citizens gave a score of less than 6 (on a 10-degree scale). Every fourth Dutch citizen described him as excellent. 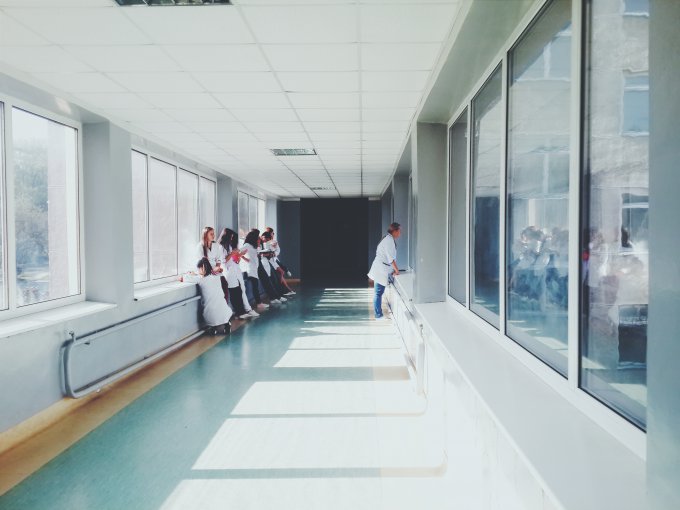 - In the Netherlands, benefits are not purchased by a single fund or the state budget, as for example is planned in our country, but only 24 competitive funds. No fund can exclude anyone. Everyone, just like with us, pays a solidarity contribution, obligatory, which entitles to basic health care, but not in the sense of access to a family doctor, but to the most important hospital services in clinics, to family care and to medicines,' explains Aleksandra Kurowska, editor of 'Dziennik Gazeta Prawna'.

As he stresses, problems were diagnosed and reforms were implemented in the Netherlands. Although this initially meant high costs, they quickly paid for themselves. In Poland, although much has been said about the need to adapt healthcare to demographic challenges, little is being done in this direction.

The Netherlands uses innovative solutions, focuses, among others, on telemedicine, thanks to which treatment is cheaper, and the percentage of hospital treatment is also reduced.

- Technological solutions can help to increase the efficiency of health care by lowering costs, because thanks to coordinated health care, better prevention, better diagnostics, the time of patients' stay in the hospital will be shorter - says Tomasz Lisewski, Philips CEO for Central and Eastern Europe.

- In Poland it is extremely important to increase the role of general practitioners, so that patients who do not require hospitalization do not go to hospitals. Hospital care always generates much higher costs, and additionally, the question arises whether it is for the patients - convinces Guy Peeters.

- A patient who needs medical assistance must have it provided at home, on site. If this goes well, as you can see in the Netherlands, it does not have to be a burden on the primary care doctor. It must be well coordinated with hospital care and outpatient care. The key to this is the computerisation of the system - this care will not be transferred to the primary care unit if the doctor does not have knowledge from the attending doctor, the specialist doctor. And I know many such clinics where the doctor does not even have a computer - says Urszula Jaworska.

Poland is still struggling with the backlog of health care arrears from the previous system. Theoretically, it is getting better and better, largely thanks to EU funds, which flow to Poland in a much wider stream than to our nearest neighbours. Nevertheless, the Baltic States, the Czech Republic and Slovakia are ahead of us in the Euro Health Consumer ranking.

Experts from Poland and the Netherlands talked about the necessary transformation of the Polish health service and the potential of EU funds in this respect during the conference organised by the Embassy of the Kingdom of the Netherlands.