Last year's slowdown in public and corporate investment resulted in lower GDP growth. Poland was one of the many countries in the region that felt a strong decline in investments. This year the situation should improve, at least in the public sector. Among private companies, only one in three plans to start investments this year, according to the NBP survey. This is the worst result since the crisis.

- Last year was disappointing in terms of economic growth and investment growth. It was the investments, which fell by more than 5%, that pulled this economic growth very clearly down. There are two reasons for this: first, a strong drop in public investment. The second element is the investments of companies which also fell, which was partly due to lower absorption of EU funds and partly to a change in the political situation in Poland - says Newseria Jakub Borowski, chief economist at Crédit Agricole.

According to preliminary data from the Central Statistical Office, the GDP for the previous year calculated in constant prices increased by 2.8% in real terms. This is the weakest result in three years and a large decline compared to 2015, when GDP growth amounted to 3.9%. The government's initial budget forecasts for 2016 assumed a much better result, at 3.8%.

The main obstacle to GDP growth was investment. The investment collapse has been noticeable already since the beginning of last year and it intensified strongly in the second quarter (decrease by 7.7%). In the second half of the year, it started to slow down, however, in total, investments fell by 5.5%. This is the worst result in recent years.

In the public sector, investments fell due to low absorption of EU funds from the perspective of 2014-2020. However, the chief economist of Crédit Agricole bank points out that Poland is not alone in this respect.

- This problem was ubiquitous in the region and occurred also in the Czech Republic, Hungary, Romania and those countries which are beneficiaries of EU funds and in comparison with developed countries the absorption of EU funds is relatively high. There, the cycle of EU funds was very clear and influenced the dynamics of investments and GDP - says Jakub Borowski.

The fall in private investment is most likely caused by an uncertain legislative environment. Only in the last dozen or so months there have been government announcements of imposing a new public levy on retail chains, banning trade on Sunday, repolonization of banks, turbulence around the law on lowering the retirement age, increasing the tax-free amount, introducing a uniform tax and announcements of increased treasury controls. As the legislative and tax environment is unstable, entrepreneurs are afraid to invest their own funds.

- This is the result, hopefully, of a temporary negative impact of the political situation in Poland on the business environment. The change of government has increased uncertainty about new regulations and taxes that could affect business profitability. An example is the trade tax, which is still pending and is still under discussion. This uncertainty is indicated by Polish companies as a factor that will limit investments also in 2017 - says Jakub Borowski. 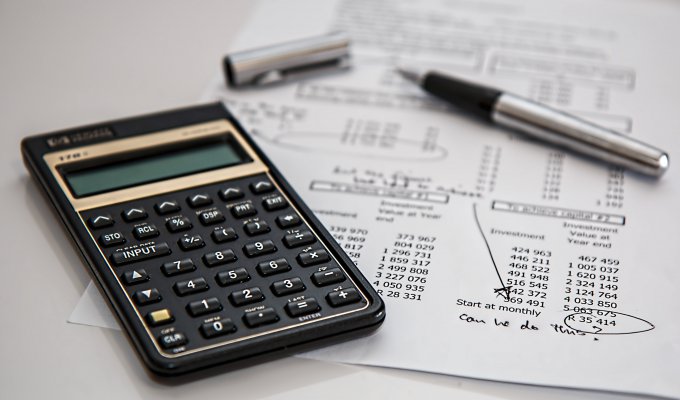 This is confirmed by a survey conducted by the National Bank of Poland, which shows that this year only every third company intends to start new investments. This is the worst fall since the financial crisis of 2008-2009. The optimism in annual plans for investment expenditure has also decreased.

- This should be linked to the improvement of the situation on the labour market. As more people had jobs, their total purchasing power was higher. The wage fund increased in real terms, which was helped by deflation. This factor accelerated real wage growth - says Jakub Borowski.

The government's Family 500 plus program was an additional element that boosted consumption last year. As part of the support for the second and next child, the government paid the Poles last year a total of around 17 billion PLN.

- The 500 plus programme was an important element that supported consumption. To some extent, these amounts were also allocated to savings and imported goods, which limited the impact of this factor on gross domestic product - says Jakub Borowski.

Household consumption is a more important factor with a greater impact on quality of life than GDP growth. However, the value of goods and services produced by the economy is closely related to consumption and is a basic indicator for assessing whether households are doing better.

- There is a strong correlation between GDP and consumption. Looking at Eurostat data on GDP per capita expressed in purchasing power parity, one can see that this measure is in line with per capita consumption. Thus, the more goods and services a country produces, the more likely it is to say that consumption per capita will be greater. GDP will always be the measure which we look at most closely and on the basis of which we assess whether households are doing better - says Jakub Borowski.

The chief economist of the Crédit Agricole bank forecasts that this year the factors that have so far adversely affected the economy and contributed to the slowdown will be lessened.

- The effect of the reduced absorption of EU funds will be lessened, which is already confirmed in the data from the end of last year. I hope that the effect related to the uncertainty about the conditions for running a business will also disappear - says Borowski.