You can't do business on chips anymore. Invest in the quality of the sawing

Which mechanical wood processing method generates the least waste? They say it's circumferential cutting. However, innovations in the field of wood sawing have also allowed for a significant increase in cutting efficiency. The thin-cutting technology offered by Metamob's saws allows not only a higher yield in the sawmill, but also a better quality of sawn materials.

The demand for high quality lumber or slats is growing on the Polish market, but with low quality round material it is difficult to meet it. The problem is also the efficiency of wood sawing, resulting from the generation of very large amounts of waste in sawmills, both in disc and strip technology. When after sawing a cubic metre, more than half of the log becomes waste, it is difficult for entrepreneurs to maintain profitability.

Until a few years ago, waste from the sawmill, i.e. chips, could be successfully sold to biomass power plants or chipboard plants. At present, the market is saturated, and the prices of sawmill waste at the purchasing points have significantly decreased. Some companies are saving themselves by producing pellets from waste, but this also requires considerable expenditure on technology and certification. So maybe it is worth to go back to the very cutting stage and consider how to increase the yield and quality of sawn timber in order to obtain higher profits from it?

Currently, many companies are looking for effective solutions and are moving towards thin-cutting technology. This technology is well known in the processing of valuable, exotic or hard deciduous wood, used in the furniture industry, flooring and interior design, where very high cutting precision is required. So why is it not widespread in sawmill production? Does it have any disadvantages?

- A thin cut requires very good service, skilful tensioning of saws, but also sharpening," says Vasile Sav, production manager from Metamob, whose motto is not only the production and sales of saws, but a comprehensive customer service and consulting.

- The thin-cutting technology can therefore be afforded by companies that have a culture of working and servicing their tools, but can also count on the expected result: higher quality and material savings," adds Istvan Hutton, Metamob's Managing Director.

In addition to reducing the amount of waste from thin-cutting, this technology also reduces the amount of dust that settles on tools, products and enters the atmosphere, posing a threat to the health of workers and the main risk of fire at the plant.

- Dust destroys tools and machines and shortens their life," adds Istvan Polgar, Metamob's technician. - Dust cannot be completely eliminated by machine extraction systems, so it is worth reducing dust production. A thin saw cut allows this. Thanks to it, it is much less embedded on the produced lamellas or slats, facilitating the later stage of surface refinement, e.g. by painting. 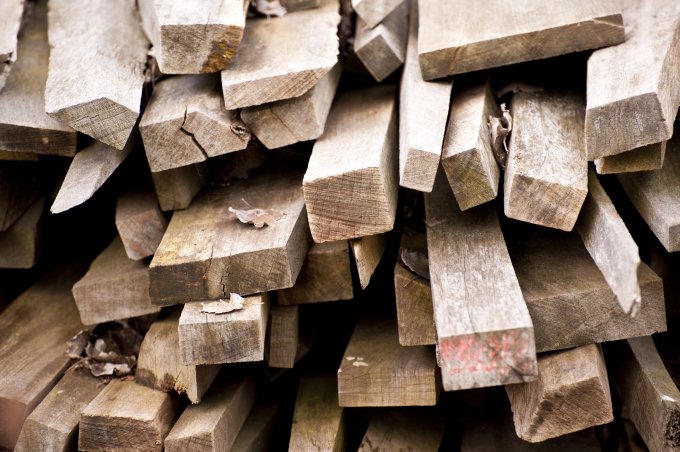 Thin-kerf saws that are to be used for sawing very hard wood must also have exceptional resistance to abrasion, which is achieved by stelliting.

- Stellite has a very high resistance to thermal overheating of the teeth and retains its cutting properties at temperatures up to 800º C. Thanks to stelliting, the saw has a much longer service life, but also allows for increased feed rate in the machines, influencing production efficiency," adds Vasile Sav.

- Usually such band saws are sharpened even 5 or 6 times. We have developed a technology that enables band saws to be sharpened 15 times, which significantly increases their value," says Istvan Hutton.

Metamob MetaPrecision band saws are perfect for sawing so-called precious wood. With the current prices of round wood in Poland, it can be said that each grade is "valuable". Not only when it is used to make veneers or lining.

- The Metaprecision saws from the Metaprecision series not only save material thanks to the thin cut, but also ensure high cutting quality without damage or tearing," adds the managing director.