MemoQ - a program to effectively support the translation process

MemoQ is dedicated software for translators. It is considered to be extremely intuitive and offers more possibilities than other software of this type. There is no doubt that the workload of the interpreter when using MemoQ is much less.

MemoQ is one of the best translation software currently available on the market. It is used by individual translators, translation agencies and companies. It is CAT (Computer Assisted Translation) software from Hungarian company Kilgray Translation Technologies. MemoQ brings many advantages and has been developing extremely dynamically in recent years, thanks to which it is appreciated by translators. The tool is integrated with many tools and applications for translators and translation agencies, such as XTRF. The integration is described on the memoQ integration with XTRF

How does the software work?

The translation is done sentence by sentence or segment by segment. Individual parts of the text go into memory. When you translate a phrase you have previously added to the memory, MemoQ gives your Pen hints. In addition, advanced software options include, for example, cloud-based backups so that your Pen does not lose disk space. It is also important that multiple translators can work on one project, which is particularly useful for very large or specialized translations. The program's open structure also allows you to create your own plugins, which greatly enhances MemoQ's capabilities. 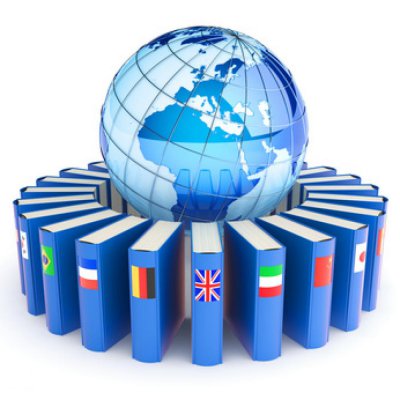 Who is the program dedicated to?

The greatest benefits of using MemoQ will certainly be noticed by translators working systematically for the same clients or specializing in texts from a specific industry. In such cases there is often repetition of translations - the translator repeatedly translates the same words or even whole phrases. Then you can create a glossary (your own terminology base) for your own needs, which will contain the previously used terms. The MemoQ program not only speeds up the translator's daily work, but also guarantees terminological consistency.

3 license versions to choose from

MemoQ TRANSLATOR PRO - version for individual users and companies. It allows you to work offline and participate in MemoQ SERVER and MemoQ CLOUD SERVER projects as a translator or proofreader.

MemoQ CLOUD SERVER - application for small offices and translation teams. It provides online access and is updated on an ongoing basis. There are no limits to the number and size of memory or glossaries. A version of MemoQ WEB is included in the set (browser-enabled).

MemoQ SERVER - a license for translation agencies and companies. In this version an unlimited number of users can work simultaneously. Like the MemoQ CLOUD SERVER version, there are no memory restrictions. The MemoQ WEB version is included.

The main advantages of the program are

- increase the efficiency of the translator's work;

- the ability of the team to work on one large text.

How much does MemoQ cost?

The program can be purchased for about 2500 PLN net. So it's a bit cheaper than a similar Trados - (MemoQ offers a similar work with translation memories, but it outshines Trados with a simpler interface and a lot of free training videos). The price includes the original license for the program, a year of update (for one year we have the right to download and activate new versions of the program on our computer) and access to the manufacturer's technical support. Subsequent updates cost 20% of the MemoQ license price. If at the beginning we did not decide to renew the contract, we can do it later. However, it should be borne in mind that we also pay for the time that has elapsed from the end of the previous contract to the moment of the update. For this reason it is sometimes more profitable to buy a new license - e.g. if the old license is more than 4 years old and we did not renew the contract during that time. However, before we finally decide to buy it, it is worth checking if MemoQ is friendly for us and downloading a trial version from the manufacturer. Find out more about MemoQ at http://translationxperts.eu/cat-tools/cztm/memoq.html.