Circulation of information in the company - 5 most common mistakes

Some business analysts compare the information network in businesses to the human body's bloodstream. So it is not difficult to imagine what will happen if the relevant data for the "life" of a company is transmitted in a faulty way. These are the most common errors that can be found in enterprises.

1. in the midst of information

One of the mistakes that can often be encountered in organisations is the lack of proper filtering of documents and information that reach individual employees. Such action has a number of negative consequences. First of all, the employee has to spend more time and energy on sorting the information and choosing from it the ones that concern his or her position. Secondly, in a large crowd of messages, the probability of accidental omission of an important message increases. A huge amount of information at once may also make it difficult to "dig into" a specific, perhaps crucial message after some time - Despite the growing interest in digitising company correspondence, in companies most information and documents are still provided in paper form. Inappropriate management of information circulation is one of the reasons why in Polish companies printing expenses amount to as much as 8% of their turnover, while in the world it is 3 - 5%. - says Łukasz Laskowski, president of Ediko, a company specializing in information management in business.

The lack of the so-called feedback, i.e. feedback from employees on the received message, may also become a big problem for the company. The reason for this may be the organizational culture, which does not encourage subordinates to participate in internal communication of the company. This is a serious mistake, because in such a situation the sender does not receive a lot of important information, e.g. whether his message is clear and understandable and whether the employee will have no objections to it. Getting used to unilateral communication will be a serious problem, e.g. during a crisis in the company, during which it will be important to send clear and understandable information to the employees about the activities and current state of the company. This is particularly important nowadays, when, thanks to the power of social networking sites, a private employee sometimes has more power than a whole deputy press officer. Therefore, it is necessary to be sure that employees are well informed and do not unwittingly disseminate incorrect information. 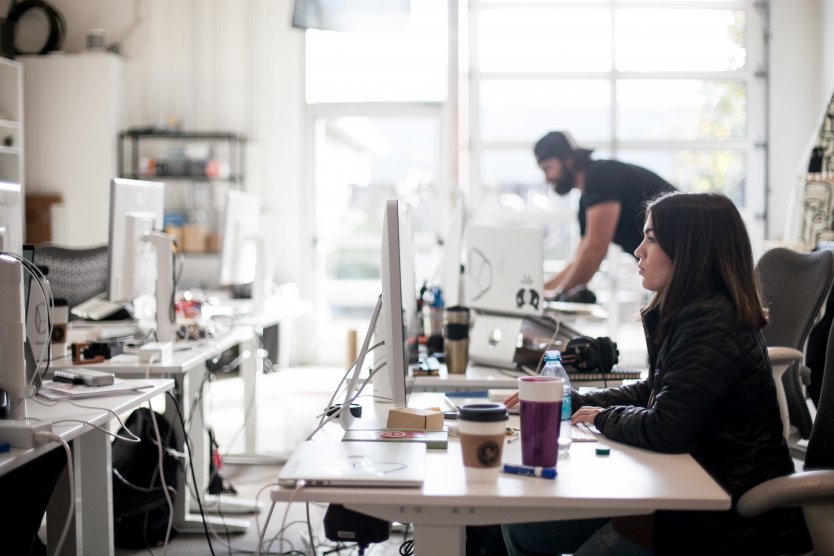 3) Employees being dropped into the communication channel...

Sometimes it happens that, for an unknown reason for the subordinates, the company is very attached to only one form of communication and only through it does it communicate with employees. This is not the right approach. Diversifying information into different communication channels not only makes it easier to assign them an appropriate level of significance, but also to reach them with urgent information at the right time - the modern company has great possibilities when it comes to creating paths of information circulation. It is important to adjust the number and type of communication channels used to the needs. It is inappropriate when an employee learns about the key information from the company's newsletter with a week delay - says Łukasz Laskowski. Appropriate selection of tools significantly increases not only the effectiveness of communication, but also indirectly affects such aspects as employee's motivation and involvement in the life of the company.

An important choice when creating a company's information transmission network is to consider what role the company's IT system will play in it. These are the devices that connect to the global network and create the so-called Internet of Things (IoT). More and more often they are entrusted with the tasks of monitoring and controlling company processes - from supervising heavy industry machines to auditing company printers. The main mistake here is the lack of security of this data or even sending it outside the company, e.g. to a network cloud. This is not a solution that guarantees the highest level of security, as admitted by the entrepreneurs themselves, who in "Vormetric Insider Threat Report 2015" chose the cloud as the least secure model for managing company data. Despite this, only few of them know that there are IoT devices operating within the company's WAN/LAN, which, by processing data only within a secure IT structure, significantly reduce the risk of leakage or intrusion.

This problem occurs especially in large companies, where a rigid attachment to the corporate hierarchy tree is noticeable. In this system, the superior communicates only with his direct subordinate, which means that he has to overcome all the company's levels before the message from the management board to the regular employees. This significantly prolongs the communication time, and the content of such information is very often distorted at the very end in relation to the original.

Circulation of information in a company will be a key issue as long as data collection and analysis will determine "to be or not to be" in business. Currently, everything seems to indicate that the role of effective information management in the company in the coming years will be increasing, therefore the skills in this area should be included in the competence of every entrepreneur.