More than every second working Pole would prefer to change the space he works in. As many as 36% of people admit that they also work in their free time, and every third respondent often works at home. For the respondents the most important thing at work is a good atmosphere, proper conditions and convenient access to the office. More than every second respondent declares that they work effectively only for 4-6 hours a day.

The survey conducted in January this year by Kantar TNS Polska on behalf of Brain Embassy was aimed at obtaining answers to the questions how Polish citizens like and would like to work and whether they are ready for the changing ways of working around the world. The obtained results confirmed that a large part of working Poles are ready for changes, and more and more people prefer a modern model of working in an office space arranged according to the latest global trends.

Although 58% of people still have a traditional attitude to the place and ways of working, 42% of respondents have a modern approach to work and were classified, according to the indicator proposed by Kantar TNS Polska, as a group of supporters of the Modern Work Model. These are people who have flexible working hours and choose themselves - depending on their mood and the task to be performed - where and how long they will work a given day. Among this group, there is also a clear blurring of the line between professional and private life. They often work in their free time and at weekends and at the same time admit that during their working hours they do private things or devote time to their own interests or relax. Supporters of the modern work model, much more often than traditional workers, declare that they work together with others to solve a problem creatively.

What is most important at work?

The most important for the surveyed employees turned out to be the working atmosphere, proper working conditions and convenient access to the office. The least important aspects of work included: prestige of the building, location near kindergartens/schools and access to a ping-pong table or game console. However, within the two groups of employees listed (the BMP and the traditional ones), significant differences have become apparent. For the supporters of the BMPs, aspects of the working environment were much more important than those of traditional employees, such as the relaxation areas in the office, location in the vicinity of catering facilities, access to equipment such as ping-pong tables, game consoles and the possibility of contact with other people.

More than every second Pole would be willing to change the office he works in. The most numerous group (64%) declaring willingness to change are young people between 25 and 40 years old, while the least willing to change are people over 50 years old. (36%). A vast majority, as much as 77% of people would like to have their permanent tidy work desk, laptop, lamp and ergonomic chair. The younger the respondents, the more often the need for a comfortable chair with a footrest is indicated. As many as 23% of people aged 25-30 chose this answer, compared to only 11% of people aged 51 and more. People working most often from home indicated a comfortable armchair with a footstool more often than the others, while employees spending most of their time in the office chose a tidy desk. 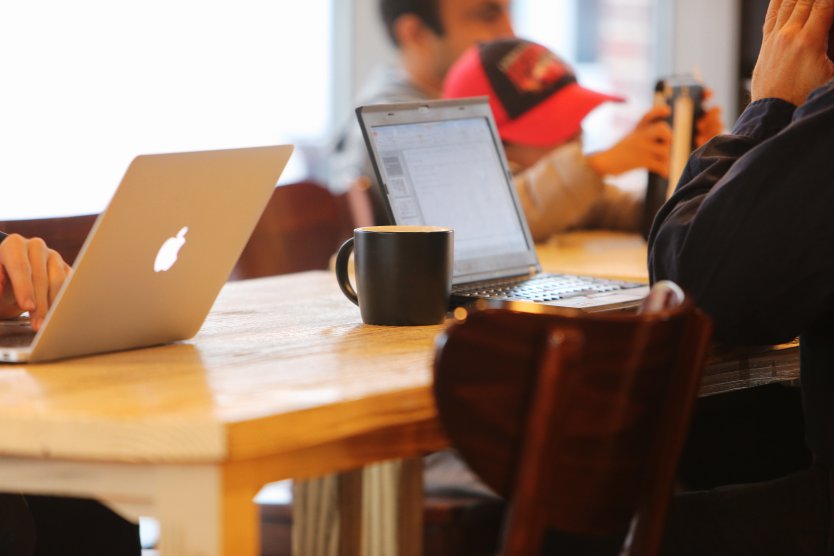 - An office that meets the needs of the NMP must be an inspiring space, stimulating, and at the same time a place where various industries and worlds of corporations, freelancers or start-ups can intermingle. This was the idea behind Adgar, which last year decided to open Brain Embassy - the first space of its kind in our capital. Designed on the basis of the latest global trends, it fosters the creation of natural communities, creative cooperation between their members, the development of innovative ideas and creativity and work efficiency - said Adam Lis, Head of Growth, Brain Embassy

Home office work is becoming more and more popular among employees. More than one third of the respondents happen to work from home, and 36% of people admit that in their free time they often do professional duties (as much as 28% of people work at weekends).

We'd like to start work early in the morning

Two out of three respondents would prefer to start work at 7.00 or 8.00 am (67%). However, people working mainly at home, more willingly than the others, would start work much later - at 10.00 a.m. More than every second respondent declares that they work effectively only for 4-6 hours during the day. The percentage of BMPs declaring that they can effectively work more than 8 hours a day is 3 times higher than in traditional employees. More than 40% of the respondents declare that they work 5-7 hours a day at a desk. Women much more often than men declare that they spend more than 7 hours at their desks. Men, on the other hand, more often declare that they spend 3-5 hours a day at a desk.

Good effectiveness at work is achieved by most people thanks to a well-defined task to be performed (65%). Other aspects thanks to which Poles are effective at work are: the possibility of setting the pace of work for themselves (61%) and working in a team they like (50%). Nearly half of the respondents claim that they work best when nobody rushes them and feels pressure. The same elements proved to be most important when the respondents had to indicate how they like to work.

- The report clearly shows that more and more working Poles prefer a modern model of working in an innovative office space, where there are various workplaces that stimulate creativity. They have flexible working hours and choose themselves - depending on their mood and the task to be performed - where and how long they will work a given day. The visible division between work and private life is also disappearing. Taking into account global trends and the fact that as many as 42% of Poles represent this model of work, I am convinced that this group will grow from year to year. The demand for modern office spaces, which are the answer to the changing needs of modern employees, will certainly also increase - said Katarzyna Bobowska-Caruso, creator of Brain Embassy, Director of Strategy and Development at Adgar Poland.